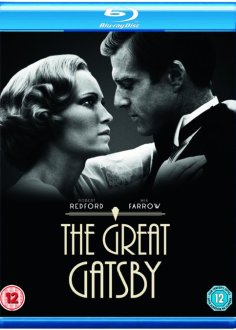 Robert Redford and Mia Farrow star in this opulent story of the idle rich in the 1920s and one man’s devotion to a flirtatious waif. Based on F. Scott Fitzgerald’s book.

Mia Farrow and Robert Redford star in this romantic drama based on the novel by F. Scott Fitzgerald, adapted for the screen by Francis Ford Coppola and directed by Jack Clayton. Set in the decadent 1920s, the story follows Yale graduate and former soldier Nick Carraway (Sam Waterston) as he begins a new life in New York.

While there, he becomes intrigued by the life of his neighbour, Jay Gatsby (Redford), a self-made, hedonistic millionaire, who rekindles his affair with the now unhappily, married Daisy (Farrow). Becoming involved in Gatsby’s social circle, Nick bears witness to their intense relationship which ultimately results in tragedy.