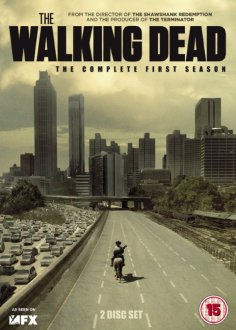 The Walking Dead is an epic, survival adventure series from the director of The Shawshank Redemption and the producer of The Terminator and Aliens After waking from a coma in an abandoned hospital, police officer Rick Grimes (Andrew Lincoln) finds the world he knew gone – ravaged by a zombie epidemic of apocalyptic proportions. Nearby, on the outskirts of Atlanta, a small encampment struggles to survive as ‘the dead’ stalk them at every turn. Can Rick and the others hold onto their humanity as they fight to live in this terrifying new world? And, amidst dire conditions and personal rivalries, will they ultimately survive one another?