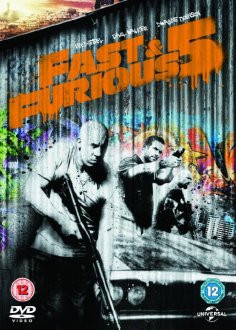 Former cop Brian O’Conner partners with ex-con Dom Toretto on the opposite side of the law. Since Brian and Mia Toretto broke Dom out of custody, they’ve blown across many borders to elude authorities. Now backed into a corner in Rio de Janeiro, they must pull one last job in order to gain their freedom.

Vin Diesel and Dwayne Johnson reunite for the fifth instalment of the ‘Fast and Furious’ action thriller franchise. Freed from jail by an unlikely ally: former cop Brian O’Connor (Paul Walker), ex-con Dominic Toretto (Diesel) and his wife Mia (Jordana Brewster) are forced to enlist Brian’s help once again as they find themselves cornered by a ruthless drugs gang in Rio de Janeiro. But the Rio gangsters are not the only ones on Dom’s tail; wily federal agent Luke Hobbs (Dwayne Johnson) has also been assigned to track down Dom and Brian, and will stop at nothing to corner his prey.